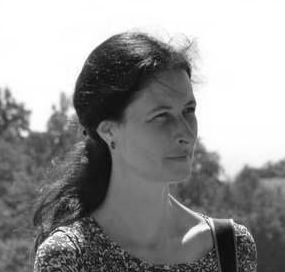 Dr Jelena Jovanović, ethnomusicologist, born in Belgrade, Serbia, works in in the Institute of Musicology of the Serbian Academy of Sciences and Arts (SASA) since 1992, and she is a corresponding member of the SASA since 2018. All her research of Serbian vocal traditions is based on her own field work, аs well as on transcriptions made by older colleagues. The main fields of her scholar work are: elements of rural vocal and instrumental tradition of central Serbia, of Serbs’ in Romania vocal tradition, subjects from the field of applied ethnomusicology, music performance in traditional music, and certain issues connected to Yugoslav popular music of the 1970s. She is the author of several monographs, she compiled several written and audio collections of melodies by other researchers, and (co-)edited several collections of papers and of audio editions of the vocal ensemble Moba and others. Her  numerous scientific articles and critical essays are published in Serbian, English, Russian, Georgian, Hungarian and Polish. She is the member of ethnomusicological societies in Serbia and abroad. Active as a singer of Balkan traditional songs; one of the founders and conductors of the Moba women’s vocal group (since 1993; five audio editions). Conducts vocal workshops with young singers in Serbia. In Poland, in cooperation with Foundation Muzykakresow and other institutions from Lublin, she took part in the work of several International Summer Schools and workshops for traditional music, as lecturer and instructor (since 2006). As the soloist, she performs songs from the region of Serbia, Macedonia, Greece and Turkey, in cooperation with instrumentalists from Belgrade and Skopje (Macedonia).